Op-Ed: Latino voters are still in search of a working-class agenda

The Future is Latina.

By Luis Alvarado Months after I had served as a volunteer regional chair, Republican Convention delegate, and spokesperson on the…

Latinas are a voting force that must be engaged.

What Florida Hispanics and Latinos are trying to tell Democratic donors who care about countering disinformation.

By Evelyn Pérez-Verdia It was a sad day after the 2022 midterm Primary Election. Not only because my candidate running… 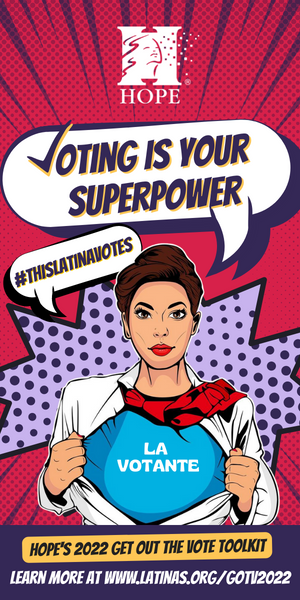 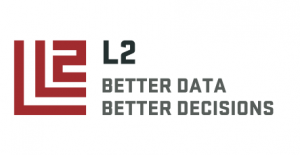 Latino voters are still in search of a working-class agenda.

By Mike Madrid and Lucas Holtz

The education divide that has defined American politics over the last three election cycles has begun to appear in the country’s largest blue state, California. Democrats have captured and retained greater shares of college-educated voters in metro areas, but it has come at the expense of losing rural and blue-collar voters to the Republican Party.

The consequences of this realignment are reshaping the coalitions of both parties and will continue to have an endurable effect on electoral politics for a generation. For California, this trade-off has had the effect of Democrats flipping down-ballot House seats in suburban places like Orange County and northern Los Angeles County but losing races in the rural Central Valley. It could also exacerbate ethnic, class and geographic tensions within the Democratic Party.

In California, as with other states with large Latino populations, the educational realignment has become intertwined with Latino voters’ political shift to the right. California’s 17 most heavily Latino congressional districts (where a Republican and Democrat both ran in 2022) have an average college education rate 20% lower than the rest of the state. Every one of these districts swung right from the 2020 presidential election to the 2022 midterms, with an 11.2% aggregated shift. All but one of these 17 districts swung right from the blue wave of 2018 to this year’s 2022 midterm election. There were three competitive, toss-up districts among these 17, each of which Biden won in 2020 and Republicans managed to win this year.

Gov. Gavin Newsom was reelected with the strong support of 62% of Latino voters — but still two points lower than his first election in 2018. This translated into a marginal yet measurable rightward shift in California down-ballot congressional races statewide. In fact, Republicans won seven of California’s 10 most competitive congressional districts in 2022, and Latino voters had an outsize impact in the outcomes of almost every one of these 10 districts.

Relative to 2020, turnout this year, on average, was 13% points lower in the 17 most Latino-concentrated districts than the rest of the state. While there were regional differences, this turnout drop was evident across some of the most crucial Latino-concentrated counties in battleground states, where Latinos voted at lower rates than in both 2020 and 2018. Although turnout in the three most competitive Latino-concentrated races was marginally higher than the average of the 17 districts — enormously high spending on ads and ground operations likely brought it up — these districts still had lower turnout than the statewide average.As California has shown since the late 1990s, low turnout is a sign of weakness in a party’s base.

Low Latino turnout is a glaring red warning flag: Latino voters are increasingly on the fence about Democrats and Democratic economic priorities as much as they are about Republicans and Republican social and cultural priorities. However, if a party has to spend millions of dollars just to get what is considered a loyal constituency to show up and vote, and still isn’t enough to pull out wins in some of the most competitive Latino-concentrated districts, there may need to be a reexamination of what is considered a loyal constituency.

There is growing evidence that the cultural and ethnic issues that Democrats have used for decades to win Latinos may be dissipating as economic issues take hold in the fastest-growing segment of California’s working class. The backlash to the Supreme Court overturning Roe vs. Wade, the recent memory of the Uvalde school shooting and the constant drumbeat of MAGA extremism may have been enough to keep swing Latino voters in the Democratic column, but these issues become less motivating as Latino voters are disproportionately affected by rising living costs, steep housing prices and the employment damage done by the pandemic.

Discontent with the economy was not isolated to any one demographic this year, but Latinos have overwhelmingly prioritized the cost of living, the economy and the value of hard work over the last two election cycles. According to AP Votecast, among California voters who said that the economy was the most important issue facing the country, Newsom lost to Republican Brian Dahle by 8 points, 54% to 46% (42% of the California electorate). And data from a recent post-election survey conducted by Navigator Research, a Democratic firm, showed that 70% of Hispanic voters nationwide, across age and gender, rated the economy negatively, and 55% said it was getting worse.

Democrats and Republicans have yet to engage in an earnest and honest conversation about what they need to do to secure Latino voters in the future. California Democrats have a unique opportunity to lead the nation in building a strong working-class agenda beyond government programs to win back blue-collar workers, especially Latino voters. Republicans are making headway by focusing on economic populist issues that work with Latino, white and Black working-class voters alike.

Latino voters want to see real changes in their day-to-day lives — in wages, in job opportunities and prices at the grocery store and the gas pump. California’s income inequality divide is the largest it’s been since the Great Recession. Pressures on the disappearing middle class are getting worse, not better.

Running against Republicans has been a successful tactic for a generation of California Democrats seeking Latino support, but it’s not going to be sufficient. It now requires showing up in Latino communities, being aspirational about the future of the country and committing to a working-class agenda, in rhetoric and policy, that delivers for Latino voters.

Mike Madrid is a co-host of The Latino Vote podcast, a Republican consultant and co-founder of The Lincoln Project. Lucas Holtz is a Democratic political analyst at Third Way.